Living in Sedona since the early 1990s, I have seen a lot of changes. Visitors increasingly lament how roads and houses encroach on the hillsides and ridgelines. Landscape photographers moan and grumble, then go to work using the rolling hills and bushy junipers to hide the architecture. It generally works.

Serious photographers often wait until just before sunset, the golden hour, to set up their cameras. This may not always be the best bet. Boynton Canyon, Oak Creek Canyon, and West Fork sink into shadow by early afternoon.

Avoid shooting canyon scenes that include bright sunlight and large dark areas. Our eyes can quickly adjust to both extremes in one view, but cameras generally can’t. Take advantage of overhead lighting without large shadow areas, or wait for a light overcast.

Most mesas and mountain cliffs, of course, catch every last ray of sunlight. To capture the sandstone formations ablaze in color, turn your back to the sun and aim your camera east. Cathedral Rock, Courthouse Butte, and the Nuns all stand tall enough to turn fiery orange in the last few moments before sunset. Shadows from the Transept, the tall ridge to the west, overtake Bell Rock by late afternoon.

Observing each season in Sedona, along with weather patterns and foliage changes, reveals a constantly changing landscape. Landmark rock formations catch the light differently as the seasons change. A perfect example is Coffee Pot Rock.

If you want the orange glow of sunset, plan on photographing it in the winter. After winter solstice, in late December, the rising and setting sun steadily moves northward. From early spring to late autumn, the shadow of Capitol Butte, or Thunder Mountain, falls on Coffee Pot at sunset.

Photos along Oak Creek require thoughtful preparation as well. Canopies of greenery above the cascading waters provide refreshing summer scenes. But this is no secret, so expect to see families picnicking, people fishing, or romantic couples sunbathing around every corner.

To photograph Oak Creek without crowds, come in early spring or late summer when cold water discourages swimmers. If possible, plan your shoot on a weekday, early in the morning. Yes, the creek will be locked deep in shadow at that hour, but another way of looking at “shadow” is “consistent indirect light.” 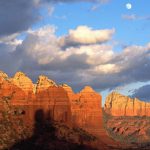 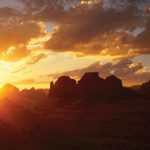 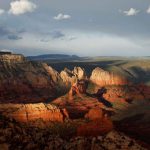 Living in Sedona since the early 1990s, I have seen a lot of changes. Visitors increasingly lament … END_OF_DOCUMENT_TOKEN_TO_BE_REPLACED 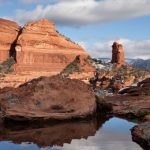 Hiking with a camera on a red rocks trail makes for a gratifying experience. When I go out to … END_OF_DOCUMENT_TOKEN_TO_BE_REPLACED 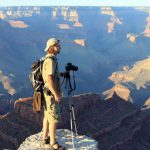 A tripod is an essential piece of equipment for professional-quality landscape photography. Sharp … END_OF_DOCUMENT_TOKEN_TO_BE_REPLACED 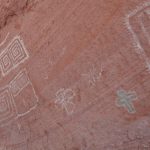 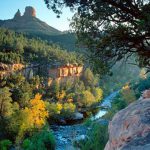 In spring, watch carefully as moving clouds shade portions of the landscape in checkerboard … END_OF_DOCUMENT_TOKEN_TO_BE_REPLACED 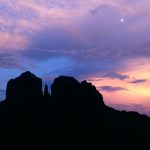 The official full moon rises about 45 minutes after dark. So, photographing the full moon rising … END_OF_DOCUMENT_TOKEN_TO_BE_REPLACED 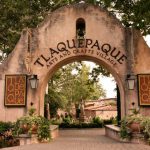 Sedona photography isn’t all about nature. Picturesque arches and alleyways fill the … END_OF_DOCUMENT_TOKEN_TO_BE_REPLACED 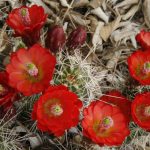 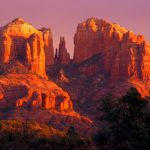 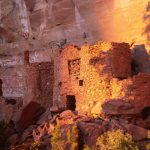 The Sinagua populated Sedona, the Verde Valley, and the Flagstaff area from about A.D. 650 to 1400. … END_OF_DOCUMENT_TOKEN_TO_BE_REPLACED 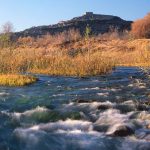