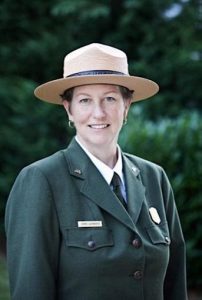 The National Park Service recently announced the appointment of Christine Lehnertz as the next superintendent of Grand Canyon National Park.

In a lengthy career in public service, the University of Colorado graduate spent 16 years at the Environmental Protection Agency before joining the NPS in 2007 as the deputy superintendent of Yellowstone National Park.

She went on to serve as the regional director of the Pacific Northwest Region, and most recently as the superintendent of Golden Gate National Recreation Area.

Lehnertz will be the first female superintendent in the park’s 97-year history, and replaces outgoing superintendent Dave Uberuaga, who retired after five years in the post.

She will inherit no shortage of high-profile issues including air tour overflights, the management of the bison herd on the North Rim, infrastructure challenges such as the aging Transcanyon Pipeline, and proposed developments in the gateway community of Tusayan and on the Navajo Nation (the Escalade gondola project).