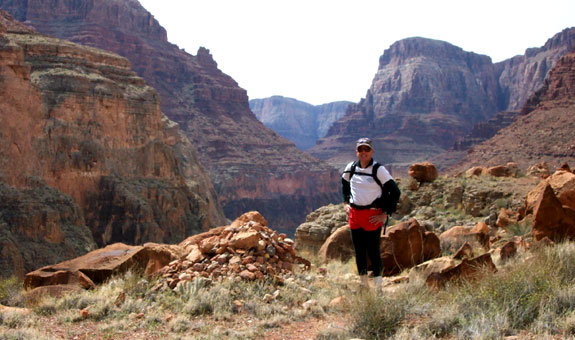 Robert W. “Bob” Audretsch, B.A., M.S.L.S., held professional library positions in Michigan, Ohio and Colorado from 1970 to 1987.  He was editor, The Salem, Ohio, 1850 Women’s Rights Convention Proceedings book reprint, 1976. From 1987 to 2009 Bob was: a volunteer ranger at Chaco Culture National Historical Park; park ranger at Independence National Historical Park and Grand Canyon National Park (1990-2009). He has lifelong interests in nature, history and writing. In 1995 he, along with Gary Ladd, was awarded “Best Story of the Year” by Arizona Highways, for the article “Bushwacking to Cheyava Falls.” 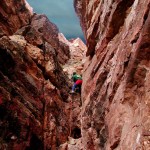 Bob has had lifelong interests in many outdoor activities including backpacking, rafting, cross country skiing and running.  He is a former ultra-marathon runner completing 87 ultras between 1985 and 1997.  His ultras include seven Grand Canyon Double Crossings (rim to rim to rim.)  Bob began hiking the canyon in 1977. While living at Grand Canyon he hiked many lesser known routes below the rim amassing nearly 10,000 miles hiking and running.  His most recent long run was completing the Grand Canyon Marathon in 2011.

While working at the park Bob contributed frequent writing assignments for the National Park Service such as site bulletins and brochures.  He was team leader, researcher and writer for the 2008 multi-media exhibit “It Saved My Life; The Civilian Conservation Corps at Grand Canyon, 1933-1942.”  In 2008 he received the park service “Interpreter of the Year” Peer Nominated Award. He authored the Foreword to With Picks, Shovels, & Hope: The CCC and Its Legacy on the Colorado Plateau by Wayne K. Hinton and Elizabeth Green in 2008. Bob published the monograph Shaping the Park and Saving the Boys: The Civilian Conservation Corps at Grand Canyon, 1933-1942 (Dog Ear Publishing, 2011). He is the author of the popular Grand Canyon’s Phantom Ranch (Images of America) and published his most two most recent books, The Civilian Conservation Corps in Arizona (Images of America) and Selected Grand Canyon Area Hiking Routes, Including the Little Colorado River and Great Thumb in 2014.  His research has taken him frequently to archives in California, Arizona, Colorado, Maryland and the District of Columbia.

Christa Sadler started playing in the dirt when she was a toddler, much to the dismay of her … END_OF_DOCUMENT_TOKEN_TO_BE_REPLACED

Dr. Tom Myers grew up in Flagstaff, Arizona. His interest and passion for the Grand Canyon began in … END_OF_DOCUMENT_TOKEN_TO_BE_REPLACED

Wayne Ranney is a geologist, trail guide, and author based in Flagstaff, Arizona. He completed his … END_OF_DOCUMENT_TOKEN_TO_BE_REPLACED