It is vacation time again, and people are hitting the roads in huge numbers. I was just talking to a friend about Capitol Reef and my own adventure last summer. That reminded me that I never finished my journal of last year’s “Epic Journey!” So here’s the…rest of the story!

After the badlands of Dinosaur National Monument, I left the heat and wide open spaces and headed west to the mountainous high country. After leaving the park and turning northwest on Hwy 35 from Duchesne, I was surprised at how quickly the scenery changed from the Colorado Plateau’s high desert to the lushness of the Rocky Mountains. The views changed rapidly from stark red hillsides to pine trees and on to quaking aspens. I tucked into a primitive campsite in the Ashley National Forest for the night and had a lovely, cool night amid the trees—a world away from the one I left earlier that day in both scenery and temperature.

The following morning I was up at dawn and ready to start the new day. The first part of my trek would take me over grasslands across a short section of Wyoming. I followed I-80 to Evanston and north on Hwy 89/16 back into Utah. I spotted a small herd of pronghorn in this section of Wyoming. A fact that may interest some is that though they are often referred to as “pronghorn antelope”, they are not true antelope. Antelope only exist in the Old World. Also true antelope never lose their horns while pronghorn lose their horns after mating season. The males have long, black horns while the females have short, spiky horns. You can see the difference in the photos posted with this article.

A few more fascinating facts about the pronghorn: 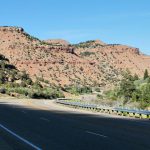 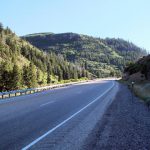 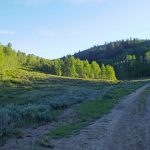 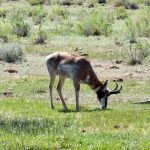 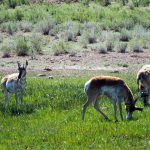 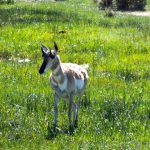 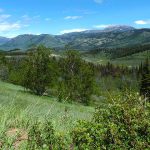 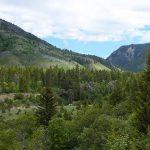 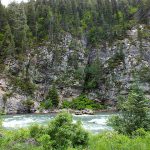 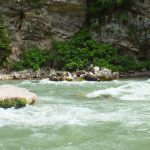 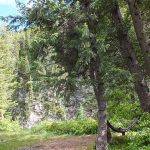 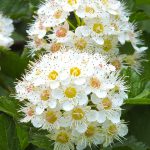 Continuing on, I finally left Utah, circumnavigating Bear Lake to the west and north into Idaho for a short distance before heading into Wyoming for my final destination for the night – the Bridger National Forest.

The drive into Alpine, Wyoming, was a far cry from the parched red desert I had left a couple days earlier. I drove through lush meadows with larger-than-life mountain landscapes. Being mid-June, everything was still fresh and spring-green—and MUCH cooler!

After resupplying in Alpine, I drove south on the Grey River Road to find a camp in the forest along the Grey River. I found a lovely spot right on the river. Across the river from my campsite was a gorgeous cliff, and I was surrounded by pine trees and lush vegetation. I set up camp and hung my hammock in some sturdy trees. It was the perfect way to spend the night before picking my husband, Brad, up from the Jackson Hole Airport the next day.