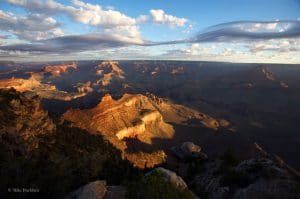 GCA, a non-profit cooperating association serving Grand Canyon National Park since 1932, has long been a key partner in the areas of science, education and research. During its long history, GCA has provided close to $30 million in direct cash aid and in-kind services to the park. This new role will allow the organization to increase its level of support by raising much needed funds for critical park maintenance and research projects to name a few.