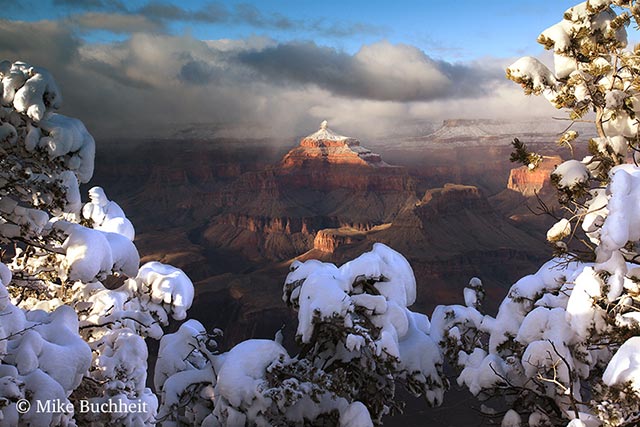 Weather forecasters have been calling for a wetter-than-usual winter this year, courtesy of warming waters in the equatorial Pacific Ocean. This phenomenon, popularly called El Niño, has historically translated into higher precipitation amounts in the desert Southwest. The record flooding of 1982/83 that saw Lake Powell nearly topping the Glen Canyon Dam was one of the more poignant examples in recent memory.

After a slow start to winter this year, successive snowstorms during the first week of January helped make believers out of drought-weary locals. Nearly two feet of snow was deposited on the canyon’s parched rims, and life-sustaining rains soaked the depths of the Inner Canyon. With two more months of winter remaining, most are hoping for another few storms of this magnitude. The many biotic communities of Grand Canyon have much to gain by the “banking” of this precipitation for the inevitable dog days of summer.