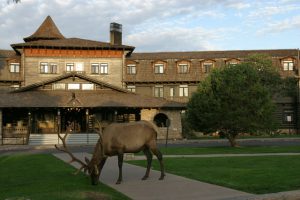 The crisp nights of Grand Canyon’s South Rim are currently punctuated by the plaintive bugles of eager bull elk. Cervus Canadensis, a stately import from the northern Rockies and the largest member of the deer family, is a common sight for residents of Grand Canyon National Park during summer months.

These majestic creatures spend these critical months fattening up on grasses for a long cold winter. Around mid-September the mating season, otherwise knows as “the rut”, begins in earnest. The males separate, and roam the ponderosa forest at night releasing their signature “bugle”—a high-pitched whistle of sorts meant to attract female company. 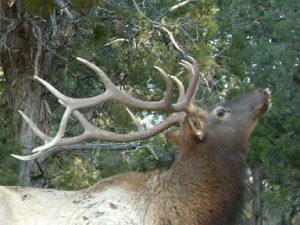 By mid-October the honeymoon is over and they retreat to the depths of the forest to hunker down for the snows that could arrive any day. Click here for more information on these wonderful creatures.