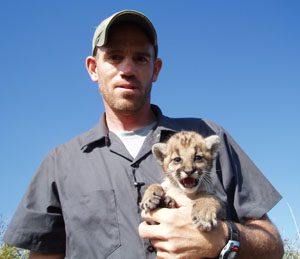 Our delicate relationship with the park’s four-legged inhabitants was underscored recently as 37-year-old NPS wildlife biologist Eric York passed away after contracting pneumonic plague from a deceased mountain lion. It is presumed that the deadly bacterium was transferred to Eric during his post-mortem examination of the animal’s carcass. Plague exists naturally in northern Arizona, though human cases are extremely rare. His tragic death came less than a week after he began experiencing flu-like symptoms.

The York family has asked that donations be given to the Grand Canyon Association to go towards mountain lion research.