The year has begun with bone-chilling temperatures in Grand Canyon National Park. Sub-zero lows and “highs” in the 20s have been the norm. The cold snap has been testing both man and beast. Icy trails are the norm in January (and this year is no different), but the roads have been exceptionally slick—resulting in a nearly two week closure of popular Desert View Drive (open again as of this writing). Even the bottom of the canyon has been dropping below freezing at night. Frosty nights are being reported by overnight backpackers, as is a growing ice “sculpture” on the North Kaibab Trail near Phantom Ranch courtesy of a stubborn break in the transcanyon pipeline.

These are challenging times as well for the non-human residents of the park. The ravens and mule deer look quite unhappy to this longtime resident; though we’re all secretly rooting for a cold-inspired halt to the ongoing encroachment of the dreaded bark beetle. Of course, these extremes are more or less baked in to the complicated ecosystem that is Grand Canyon. Triple-digit temperatures are just a few months away. But in the meantime, pass the hot chocolate please!

Hit the Trail is coming back online but only with limited updates. It is simply too difficult to …

END_OF_DOCUMENT_TOKEN_TO_BE_REPLACED 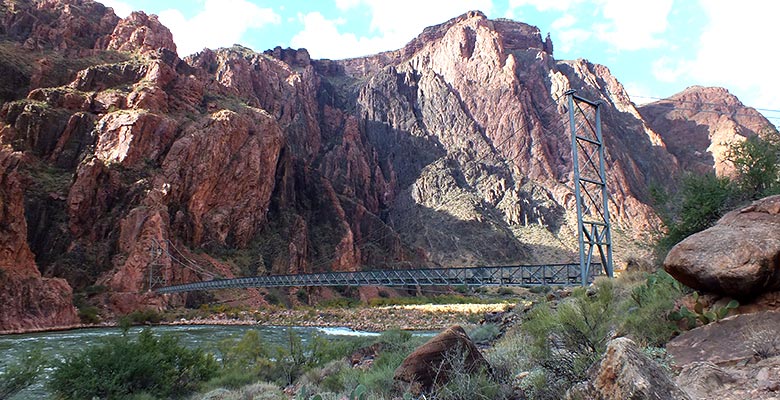